Confident, spontaneous and so real; these are some of the words I heard from the Gazans when I talk about Adele. The British singer now have a really significant number of fans in the Arab world and especially in Gaza. Gaza is not that far from world music nowadays and every famous singer has his or her fans here too. But Adele is such a different phenomenon here, her fans almost consider her this age Deva. I myself one of those who love listening to her music and reading any article pops up about Adele knowing that I’ve never been interested in any non-Arab singer to this level, I just listen but I don’t follow any news or have any passion to anything except the lyrics and music.

Gaza girls have their opinions concerning Adele and these are some of what they think why Adele could get all this fame away from the quality of her music and the strength of her sound;

” No plastic surgeries .. no killing diet .. not killing herself to become skinny .. satisfied and confident about her shape and body, about her charming beauty .. have her own rules .. wasn’t one of the flock who formed themselves in a shape that suits the media “

” She wrote most of her songs.. she sings how she feel .. she imposed herself in this great crowded domain  .. in a very short time she could gain fame, popularity and too many prizes “

Close to her fans

” She is so close to her fans to the extent you feel she is someone you really know personally , her emotional attitude gives you this feeling .. the note she published when she released her last album was amazing, I had the feeling that she is talking to me personally ” 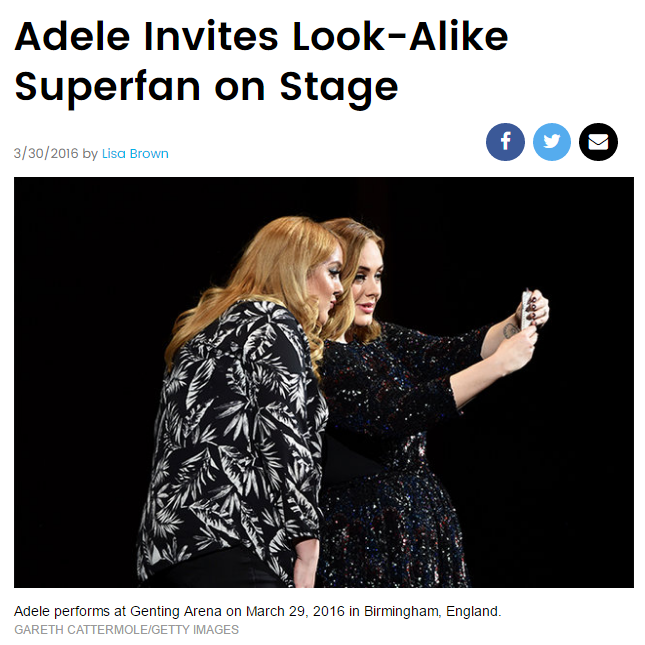