First, lets establish the fact that Palestine (even according to the Jewish Torah and Literature) was never the native land of the jews. Whether the old jews invaded Palestine as migrants from Iraq along with their forefather Abraham, or from Egypt along with their Moses, or even from deep Africa where their alleged exodus originally started, the old jews were never natives of Palestine.

Now, if you want to believe in ancient Talmudic fairytales of the fevered Moses that Jehovah (the jew) suddenly popped his eyes in the Desert of Sinai to give (the already inhabited) Palestine for the “poor slaves” of Egypt, it is your problem but that has nothing to do with reality or history: the old jews (as well as the modern European invaders) are nothing more than colonizers to a land that was never ever their homeland.

It is needless to say that historically the Canaanites, Jebosites (of Jerusalem), the Hittits (of Hebron); the Amorites of Schem, and the rest of the seven nation-tribes are the original inhabitants of Palestine who dwelled this land for thousands upon thousands of years before the old jewish invasion. It is needless to say that the natives of Palestine are those who built the ancient cities (towns) of Palestine like Jerusalem, Hebron, Jericho, Schem/Nablus  and the rest of the Palestinian-Canaanites twons and villages.

It is needless to state the fact that the jebosite natives of Canaan/Palestine had built Jerusalem with its paganist temple some 1500 years before any jew stepped this land.

It is clear in the Torah (Jehovah addressing Moses) talks about “their” (the other nations) land, but not “yours” or the land of the jews.  And that the jews had to fight the natives of that land, and even to annihilate those natives (according to the orders of the jewish Jehovah), which they couldn’t, as it was clear from the New Testament that the natives of Palestine (the Canaanites) believed in Jesus and stayed in their land, while the jews didn’t, but plotted against him and accused him of blasphemy. and were subsequently kicked out of the land.

But how the ancient (as well as the modern) invaders of Palestine justify their land robbery and bloody crimes against the natives including genocide? There are two keywords that can clarify the Zionist delusional way of thinking, these two words are the “promised land” and “Amalek” 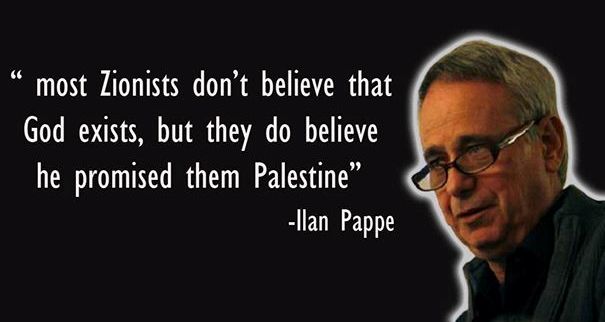 “Promised land” or “God gave us the land” are the first words the modern Zionist colonizers use to justify their ethnic cleansing of the natives and their ongoing crimes. Whether you believe their Toratic heresies or not, whether the Zionist colonizer in Palestine was ultra religious or from the far-left fringe, whether he was an ardent brutal Zionist or a “peace dove”, non of them can justify his/her mere existence in Palestine other than through this magic word of “the promised land”.

This is how they justify robbing the native Chrtistian land property

Jehovahm Yehwah, YHWH, Elohim, Hashem or “god” are all various names for the same jewish “god”/ or a bush, that popped his head in the desert of Sinai to chat to the fevered or mentally sick Moses  to give him a land that was never ever jewish land before that bush suddenly talked.

The “annihilation of the Amalek”, (the natives of Palestine) is the second keyword the Zionist-jewish mentality uses to justify the criminal acts. The Amalek and the necessity to fight and annihilate them is widely discussed among the jewish religious circles, which refers to all the non-jews especially the natives of Palestine in particular. To gain a sacred motivator for the Zionist colonial project, the jewish references have to demonize the Palestinian native (or any possible opponent of the Zionist colonial project), the jewish religious circles attribute the (amalekite) nature to Toratically justify the annihilation.

Now, whether you believe it or not, Palestine has become the “jewish homeland” and all those who oppose this heresy or when the natives fight back for their stolen homes then they are demonized as “anti-semitic” Amalekites that should be annihilated by direct orders from the jewish Jehovah.

2 thoughts on “The zionist Delusional Mentality”