They face charges in an Israeli military court in Ofer Military Base west of Ramallah, on Sunday April 2nd, This is against their rights to freedom of expression and assembly.

The activists took part in a non-violent direct action, planting olive trees at Wadi Alhussein, east of Hebron near Kiryat Arbaa settlement. The Israeli Occupying Forces “IOF” and several settlers tried to stop the action but the activists proceeded, later marching to the main road where Palestinians are banned driving by the IOF,

There they held a demonstration calling for freedom of movement to Palestinians in their city. The IOF declared the area as a closed military zone, attacked the Palestinian activists and arrested the mentioned four. The activists were taken to the Israeli Police station in Hebron where they were interrogated and faced charges for participating in an Illegal demonstration and being in a closed military zone. The Police refused to release them and insisted that they remain detained till they face trial on Sunday.

Video footage of the arrests shows that the activists were completely non-violent while being attacked by various Israeli security forces. 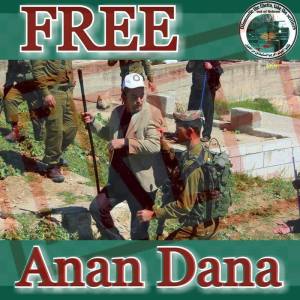 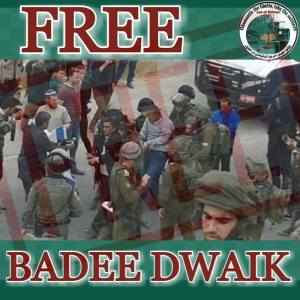 Intimidating their families and children. The IOF threatened both activists that they would be arrested and face other consequences, should they participate in the demonstration calling to dismantle the Ghetto in Hebron scheduled the next day.

We believe that the charges against the activists are baseless, for the sole purpose of preventing their nonviolent activism and work as human rights defenders.

Please act immediately in Hebrew, English or your own language: